Showing posts from April, 2008
Show all

April 27, 2008
Sarah's noticed that in my last few blogs there's been a decidedly downward trend as far as morale is concerned. This is true, and since I'm pretty sure I've already hit bottom, this blog is sure to be brighter and sunnier than the last two. So, let's talk about nihilism ! In a world where things no longer make sense in an understandable way, one could draw the conclusion that there's no sense in the world. Likewise, if the things that we do have no value that we can see, we could then say that it's because there's no system of value in the world. Our lives have no value. Nothing matters. Apathy overwhelms. To apply this to my current time as a teacher, my nap was my greatest accomplishment of the day so far. But this clearing away of old values isn't the ending point, but rather the beginning. Sure I could say that no one cares what I do here, but that also means that I'm free to do anything. And if I can't create an enjoyable lif
5 comments
Read more

April 22, 2008
I suddenly remembered that I actually came to Malaysia to study the food here. As I was told that I would have ample free time (kind of a gotcha, I only teach for 7 hours a week, but am on campus for 35) I had a proposal to study the many differnt kinds of curries in Malaysia. Indian, Malay, and Chinese cuisines all have curries so I figured I'd have a great chance to compare, contrast, and consume. The problem being, of course, that where I spend 95% of my time, there's really just the Malay curry, the Malay, fish, the Malay philosophy of food. And it's a fun philosophy too. If I could boil it down to one sentence it would be: Mix something tasty with something plentiful. If it had another caveat it would probably be: Add in a fish. And if it had two caveats, the other would definitely be: Eat the parts you shouldn't be able to eat. It's also worth noting that while half of Malaysian cuisine is decidedly unprocessed (whole fish and rice might be the only
Post a Comment
Read more

I think everyone has a day sooner or later when they feel very close to saying and doing things that they know they'll regret. Today seems to be one of those days, as everyone's gotten much stupider and louder today, and they all have started to ask me to do things. I think as long as I keep breathing I'll be okay, but that's by no means a certainty. I'm pretty sure things went wrong this morning, when we heard from the Up-Aboves that they would not be paying for our half-a-million-kilometer wonder car. This is problematic as: 1. I rather liked the wonder car when I wasn't hitting things with it, and 2. It's by far the best form of transportation we have for taking 2 people on a trip longer than 15 minutes. Plus Sarah finally learned how to drive it. I wrote an email and tomorrow I'm making a call, but I have a sneaking suspicion that unless my mood improves drastically by then, I'll end up being a very typical and very ugly American in a tempe
5 comments
Read more

April 15, 2008
I'm reminded of a quote (or quotation for you sticklers) from Fight Club that seems pretty appropriate now: "Sooner or later, we all became what Tyler wanted us to be." As I was welcomed to my meeting with the Imtiaz CEO today, the woman welcoming us said: "Thank you for taking time to become here." And it's totally true. I'm becoming here. I have no idea what I'm becoming, but there's a change going on and it was nice for someone to acknowledge it. I felt genuinely appreciated, even if it was just another Malaysian Malapropism ... a Malayapropism if you will. Since I am becoming, I should look at what I'm becoming into. This is best examined by a study of my actions and people's reactions to me. Malaysian Ez is a bit taller, more outwardly impressive, and a bit entitled as well. People (teenage girls mostly) still jump or squeak when they see him. People (male teachers mostly) come to him as the expert on all things English,
2 comments
Read more

From my Golden Noodle: Round Noodle package which boasts "Electrical Drying, Fresh & Hygienic," which is really all I demand from my food products. 1. Pour the water into a pot and boil it. When the water is boiling, putting noodles into the pot. I'm pretty sure "would be a good idea" was left off the end of that sentence. 2. Use chopsticks to stir the noodles slightly (it rightly assumes that if you don't own chopsticks, you have no business cooking these noodles) about 3-5 minutes and then the noodles are already boiled. I especially appreciate the fact that then after all that work they're already boiled. It's such a good twist. Like Dorothy's shoes. All that trouble and she could've gone home whenever. Sorry, spoiler alert. 3. Don't pour cold water into the pot in the case that boiled water spills, but turn down the fire instead. While we've already established that the boiled water is just for show, we have a
1 comment
Read more 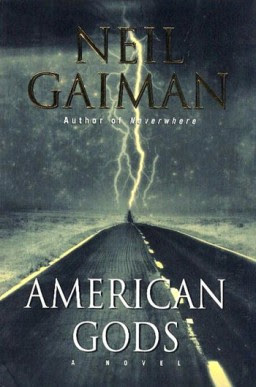 So today was pretty easy. My one class got moved to another time because it was a "special schedule" day, making me late for the only thing I was required to do. In fact, by the time my students came to get me I was so late that the next teacher came 1 minute later to boot me out and claim her time slot. I had planned an exercise called "careless speaking" (which I should probably call "carefree"), but there was really no time for it. So instead I taught them the word "y'all," then had them practice it by saying "later y'all" to me as I left. Of course I'm just one person, so it wasn't exactly correct, but I'm much, much taller than the pre-pubescent boys, so I really could be two of them if the situation required it. The time before and after that interaction was consumed by eating (naked fish- my name, not theirs) and reading ( American Gods , which I realized when explaining to them, was polytheistic and no
2 comments
Read more

April 07, 2008
So I've just been told by my mentor that I'll be meeting with the CEO of my "chain" of schools, along with the other three ETAs from the same brand of religious school. I did not know that schools had CEOs. I shouldn't be surprised of course, because every time I find out about someone new that I work with, that person inevitably ends up being my superior. Which is fine by me. I get the sense now that I'm like a sofa that happens to speak English. As long as no one trips over the sofa and it can provide utility for the students for 7 hours a week (plus activities) no one really cares what the sofa does or where it goes. I'm pretty okay with this set up, although meetings with people whose title consists only of acronyms (XO, CFO, OCD, HRM, CPK, KFC) generally make me nervous. Since the CEO never hired me, it would be very hard for he/she/it to fire me, and generally unnecessary as I'll leave in less than 4 months and they're not the one'
1 comment
Read more

April 04, 2008
Our hostel in KL seems to be right above an all-night bar which makes it really convenient if you happen to be partying in said club and slightly less convenient if you happen to be trying to sleep before morning. Sarah and I regretfully fell into the latter category and we are currently paying for it now. It's 2:30 and the music has no end in sight. On the plus side, I have unwittingly trained myself for just a situation, sleeping over blaring Ranchero music for the better part of senior in college... ah, Abel, I never thought I'd be thanking you for this, but thank you. As a result I ca sleep through pretty much any sound from below, as long as it's got a good enough bass. Sadly, Sarah is not nearly as well versed with booming synthesizers coming from the floorboards, so after admirably struggling with the noise for over two hours (while I admirably slept) she asked that we be moved rooms. The dorm room upstairs we now inhabit is much better. I would say we can hea
7 comments
Read more

April 03, 2008
The greatest thing about being immersed (stuck?) in another culture is that every interaction has the potential to be a joke, since there's always a chance that your tenuous grasp on the foreign language will slip, creating hilarity at someone's expense. The problem with this is two-fold: Whenever I say something hilarious in Malay, I don't understand it. Likewise, when someone else says something hilarious in English, I'm usually the only one who gets it. An example of the former which happens every day (translated): Lunch Lady: Rice? Me: Rice. Lunch Ladies (Laughing heartily): Ah, Rice! I think it might be as if you asked your dog if he wanted kibble and he responded in the affirmative and in a language that didn't consist mainly of barks and growls. That might be understating it. Maybe it'd be like asking your pet plant if it wanted water, or your pet rock if it liked being a rock and having them address you in Elizabethan English. The problem of cou
Post a Comment
Read more
More posts