Showing posts from May, 2008
Show all

May 31, 2008
As I have recently learned, Thailand is a bigger, and therefore more important country than either Macau or Hong Kong (which I'm still not sure are countries or not). It would then logically follow that I should spend more time talking about Thailand. But as logic has never been a large part of my experiences here in Asia, I make no assurances that Thailand will be give the weighty respect it no doubt deserves. I will merely write until Sarah's MacBook battery runs out, and not a minute longer. Here are the things that I know Thailand loves: 1. My body. I made some claims to the same effect after the last time I was in Thailand , and more time there has just strengthened my conclusion. I'm pretty sure that the Thai theme song is unofficially Mariah Carey's new hit, "Touch My Body," since massages were everywhere, cheap, and thankfully, G-Rated. Interestingly enough, "Touch My Body" appears to be banned in Cambodia where I am now, as YouT
1 comment
Read more

May 27, 2008
Hmm, Hong Kong was a little while ago- let’s see what I can dig up from the old brain bucket. I remember my foot hurting a lot. That was kind of a leitmotif of my personal experience. At one point I attempted to remedy the situation by shopping for shoes, but that apparently wasn’t enough as it turns out I had to buy them to enjoy any lasting benefits. And that certainly wasn’t going to happen as they averaged $600 Hong Kong Dollars, which, if I bothered to do the conversion, would no doubt be exorbitant. Lucky for me and my right foot, Hong Kong is one of the easiest towns/ former British Protectorates to get around. The underground system is cheap and well integrated with an even cheaper boat and ferry system and you can pay for everything effortlessly with a little bit of magic they call the Octopus Card. It’s a refundable charge card that you touch anywhere that has a little Octopus Card scanner (sadly, not really all that octopus-shaped) and it lets you do whatever you want
2 comments
Read more

May 21, 2008
Good morning, blogadiers. As you can tell, I’ve changed the title of the blog to better reflect the current state of affairs. It is now much more accurate, albeit less specific. The first place that was not Malaysia that hosted Sarah, Peter, Fay, and me was Macau. We’re just working through the “M” countries right now. Just need Mauritania and Monaco, which I assume must be close by. So what do we know about Macau? The Portuguese were here. I can’t really say what they did other than leave a bunch of signs for me to grasp at with my knowledge of Spanish. It kind of looks like Zapf Dingbats threw up on the road signs. I’m not one to judge, but that’s bull crap. Most words shouldn’t end with çao. Portuguese just ripped off Spanish and consistently misspelled it. On a related note, what happened to Portugal, anyway? Used to have an empire, now has a literacy rate second to Costa Rica. (Not an insult, really. I’ve been there and they can totally read.) But still, how does an
2 comments
Read more

May 12, 2008
So this post is meant for two people who don't know about the blog and won't know if this applies to them for another 9 months. I think it's safe to say that this will not apply to most of you. That being said, there still are two new Fulbright ETAs who will be placed at Imtiaz Kuala Berang, and even if you don't know who you are now, you might someday realize I'm talking to you and be grateful for the advice. For starters, a lot of what I have to say won't apply to you. You'll most likely both be women so your issues will be decidedly different. You'll likely have to deal with a lot more sexist baggage than I do, so I'm sorry for that in advance. If you're a guy I can tell you that Sundays I'm supposed to wear a tie (no idea why that is) and Thursdays is Batik Day, so I'm supposed to wear a batik shirt. They'll tell you how beautiful you look. If you're women, as I suspect you might be, then they'll want you to wear a
5 comments
Read more 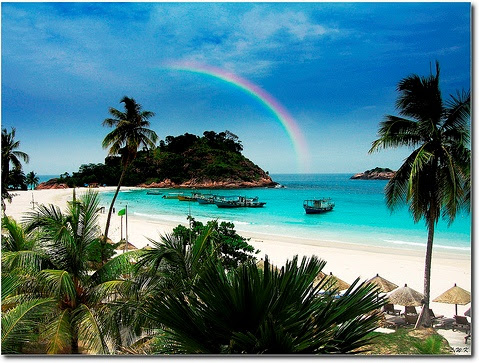 So it turns out this joy ride through Malaysia really won't last forever. Apparently my replacement has been already chosen, which means that I really won't be here next year and there's no way they can make me stay. Actually, my replacement is really my replacements. Someone important must have thought I was overworked, so there will be two ETAs at Imtiaz Kuala Berang twiddling their thumbs instead of one. I think they just realized the only person who could replace me would be two people, so I feel very confident in saying that they'll be at best, half the ETA that I was. Dear New Malaysian ETAs, Congratulations! You have been excepted to what everyone seems to think is a prestigious program. Your work is pretty much done. You effectively gotten yourself a free trip to Asia, staved off having to decide what to do with your life for the next year, and padded your resume and grad school application so it will now say "Fulbright Fellow" forever after.
8 comments
Read more

The Tao of Imtiaz

May 07, 2008
A foreign English teacher waits to have his last class of the day. When he gets to his class, he finds that someone else is teaching it. "Extra class," says the replacement teacher. "Exam," says the student. "Okay," says the foreigner, and he walks back to his desk. "Ah," the foreigner thinks to himself, "that must not have been why I was here after all."
Post a Comment
Read more 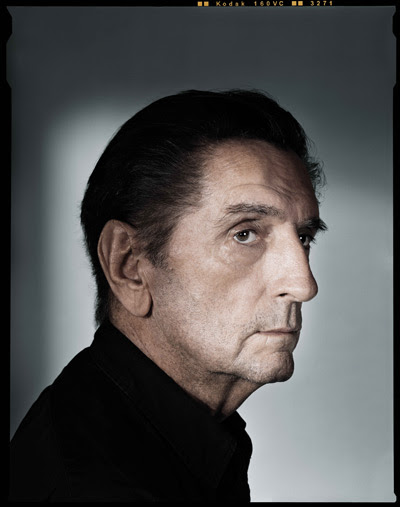 My laziness finally caught up with me... a little. Basically, for the first time in a long time I've been asked to do something. (By the way, I haven't been to another assembly since the first one. No one's mentioned it and I'm not nearly stupid enough to bring it up.) I have to make some posters that teach proverbs and laminate them. It's pretty easy, and I'm actually really excited about the laminating machine. I never got a chance to use it when I was younger and it always had this air of authority and officialness. I'm making proverbs because there was a challenge (vaguely) about proverbs that went like this: Arrange these letters to form a well known proverb: A N T S A O O N T T W T N W E I know what you're thinking, it's just "Stan ate own TNT. Ow." Piece of cake, right? Wrong. Apparently in Malaysia, there's another one that uses all the same letters and is much more popular. But it turns out none of the students co
4 comments
Read more

The Gift of the Maggi

May 04, 2008
I taught my students the art of writing the "How To" yesterday. I figured since a how to naturally needs to be precise, their imprecision would be endlessly entertaining. I was pretty much right. One student wrote on "How to Eat Maggi " (meaning the seasoning packet, not Jake Gyllenhal's sister ). The last two steps: 10. Eat it with your cat. 11. It will be a romantic meal. A very solid entry from "boy-about-to-cry." (I refuse to learn his real name.) It reminds me of all the good that this place has to offer. I think it really helps me to dwell on the fun parts. For example, I got a haircut and shaved off my beard yesterday, which led my male co-workers to tell me "You are very smart" and "You cut all the grass." I can't say I'm light-headed about all the male attention, but it's always nice to be noticed. But actually the haircut was bizarre. A woman who didn't have her hair covered touched my head and c
3 comments
Read more

May 02, 2008
Envigilate (v): to watch over with keen interest. ETAs are not required to envigilate exams. They can still envigilate if they want to. Right now it's 5:49 am and Sarah and I are envigilating whether we want to or not. Once again we've managed to pick a hostel with bed bugs, and even though the lights are on (they really don't much care for the brightness) we still can't bring ourselves to go back to sleep. We're not the best envigilators either, as two of the last three bed bugs have escaped unscathed. However, the third was very scathed, perhaps enough to make up for the other two. We're kind of in the fool me once, shame on you, fool me twice, shame on me problem . You see, this is our second night at this hostel and we totally found bedbugs in the bed last night. But as far as we could tell our plan of mosquito net protection and "sleeping with the light on like scared first-graders" worked like a charm. Tonight we were slightly less succ
2 comments
Read more
More posts