But I still felt bad, and that's kind of incredible.
I felt bad because I like Tim Duncan. He seems like a nice guy. He's 37. He has a kid. On the close-up after he missed a shot that would've tied the game, I could see white hairs in his beard. He's old by NBA standards, and even though he's won 4 championships, a 5th would put him in the rare upper echelons of NBA players. Is it important to be in those echelons? I don't know. I thought so. But at the same time, Larry Bird has 3 rings, and people seem to think he was pretty okay.

I felt bad because I want people to live forever. And I realize now that I might have some disappointment ahead of me.

I hate the idea that at 37, Tim Duncan might've already peaked. Hell, I hate the idea that it's even possible to peak. I'm not terribly comfortable with any kind of change, and if there's a sharp decline associated with it... well, I don't know what to make of that. Any loss you see is terrifying, because it reminds you of everything you have that you can, and will lose.

I'm 28 now and that's just around the age where you realize that you don't live forever. A receding hair line, a couple of wrinkles, a white hair or two around the temples... and worst of all, there's a whisper of doubt that maybe all those fantastical dreams you were told as a kid might never come true.


It's silly to talk about being over the hill, but these are the concerns of a 28 year-old.

Bumping up against these limitations and not knowing what to make of it: This is the knowledge that comes with loss, and we try very hard to run away from that discomfort. We start sprinting and don't look back until we're safe in bed, with a drink in our hand and a soothing voice in our ears.


That's over now. I'm proposing a different approach to loss. What if our new goal was to get really, really good at losing? I want to be the Pelé of loss. The Cadillac of dealing with my limitations. The Tim Duncan of aging.

The same way you get to Carnegie Hall, I suspect. Practice.

We need practice, but none of us get enough of it. Why would you want to? Losing sucks. Like, a lot.

But it's the fear that makes it suck more. We want to avoid pain, and we're afraid of anything that might hurt. I'm afraid of losing most things, so it's hard to ever really enjoy the things you love, knowing they aren't forever.

I think you have to open yourself up to that fear. Embrace it. Care for it. Like any houseguest, it will become sick of your overbearing affection and leave on its own.

I hope Tim Duncan can be okay with the loss. If he gets sad, he can always call up Larry Bird to try and figure out how upper their echelon really is. 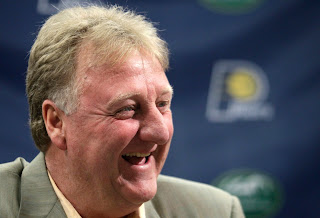 I'm going to leave you with an optional reading of
Elizabeth Bishop, because if a blog starts out philosophical, it had damn well better end with a poem.

The art of losing isn't hard to master;
so many things seem filled with the intent
to be lost that their loss is no disaster,

Lose something every day. Accept the fluster
of lost door keys, the hour badly spent.
The art of losing isn't hard to master.

Then practice losing farther, losing faster:
places, and names, and where it was you meant
to travel. None of these will bring disaster.

I lost my mother's watch. And look! my last, or
next-to-last, of three beloved houses went.
The art of losing isn't hard to master.

I lost two cities, lovely ones. And, vaster,
some realms I owned, two rivers, a continent.
I miss them, but it wasn't a disaster.

-- Even losing you (the joking voice, a gesture
I love) I shan't have lied. It's evident
the art of losing's not too hard to master
though it may look like (Write it!) a disaster.

Susan Jebrock said…
"I think you have to open yourself up to that fear. Embrace it. Care for it. Like any houseguest, it will become sick of your overbearing affection and leave on its own."

Love, love, love this line. Thank you Ez. Love the whole piece. Should be re-read every Monday morning.xoxo
12:12 PM

Annie Fox said…
Just read this, Ez, and I'm better for having read it. Thanks for being such a thoughtful, funny, introspective writer. I look forward to reading more!
7:41 PM

Popular posts from this blog 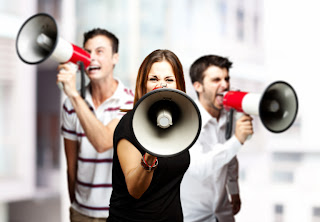 Ah, the internet: Infinite power and we get millions of people telling you to read their stupid blog. Go figure. (Meanwhile, thanks for stopping by ezrafox.com !) The Internet is so full of self promotion it's easy to get burnt out on it. We have an insanely efficient medium for making things and telling people about it, but it gets noisy when everyone's making and telling. Sooner or later, the artists outnumber the audience. For example, I make a podcast every week, but I almost never listen to other podcasts. I've occasionally written a blog here (2 last year!) but aside from my friends'  Anna's and Colleen's , I don't read blogs either. Truth is, I've wanted to get famous for a while, (or at least Internet Famous) so I haven't felt like I had any time to be a fan. In other words, I haven't had time to like people--I've been too busy trying to get people to like me. And if that doesn't sound great reading it, it doesn't f
Read more

How to Publish Your Book in 11 Easy Steps

So little over a year ago I finished writing a book. And I figured, no problem, all I have to do now is get someone to buy it. Books. Like the one I wrote. Well, it's a little more complicated than that. But I've since streamlined the process and offer you my knowledge, free of charge.* 1. Query some agents. I used Query Tracker , and it was fantastically easy to search through and for tracking my numerous rejection letters. 2. Lose some hope. Not all of it, but a good chunk. 3. Re-double your efforts. This time be a bit more strategic. Ransack your connections for anyone who might know an agent. Find agents who like the kind of thing that you do. Enjoy more rejection letters. 4. I can't stress this enough. You really have to enjoy the rejection letters. My goal was to get up to 100 rejections, at which point I'd say screw it and self-publish the damn thing. 5. Realize that even if an agent liked it, they'd still have to find a publisher that liked it
Read more